Walking toward Illusia's Temple, you see a circular water fountain the size of a building topped with what appears to be a white marble hand holding a large diamond at the bowl's center. Brilliant points of light glitter off the torch-shaped diamond. Rushing water pounds a deep thrum behind the din of street business, a pointed arch parting the falls to form the temple's entrance. You breathe in the damp, light hint of decay that always surrounds a pond, and note dappled koi hiding beneath lilypads in the algae-encrusted moat. Hollow notes punctuate your steps as you cross a wooden bridge, a light mist coating your face just before you pass under the arch. You close your eyes just a moment to revel in the water's roar surrounding you. Light dances strange patterns inside as your foot meets solid ground, and you realize you're standing on an enormous jade disc forming the temple floor.  Inside, you can now see the fountain's pillar, which is, in fact, a beautiful white marble sculpting of the goddess Illusia. Few pocks mar her surface as she holds one hand aloft - out of sight, through the convex ceiling - and the other cradles an open book. Three separate, seemingly impossible, marble spirals wind vertically around each other from her book's pages. The waterfall's low comforting thrum echoes around the chamber. Light, filtered through the circular waterfall, scatters shifting patterns across the goddess and throughout the temple's interior. Tiered arced platforms house golden candles about the goddess' feet, placed so as not to impede the sculpture from sight. Encircling these, a small channel is etched into the jade floor, filled with honey-colored wax, a thin line of charred fiber rising from its center; it awaits the touch of a torch to light the temple at night. Looking more closely, you notice engraved words curving around the channel. You follow it around and read, "Study, cultivate, understand." A priest in silver robes approaches you, bearing a candle for you to purchase and light. 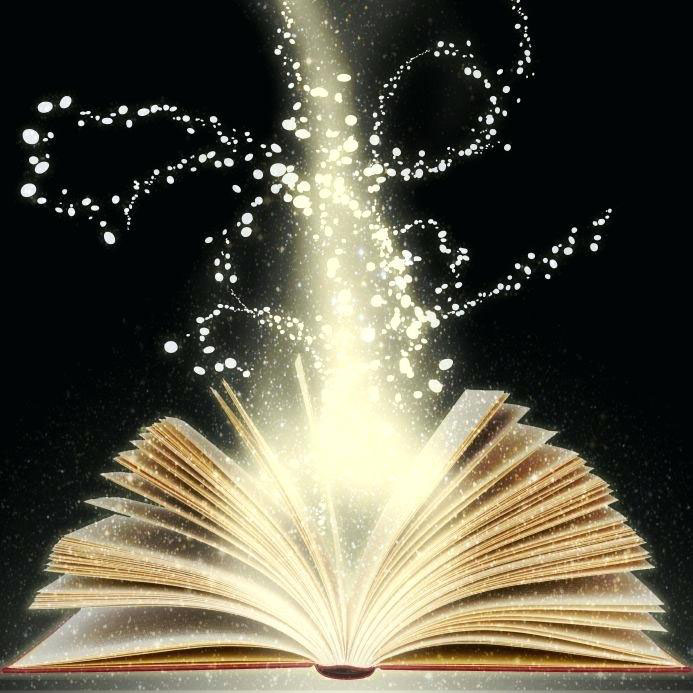 "Study books, and knowledge will empower you; cultivate allies, and your power will blossom; understand your enemy, and the victory is nearly won." "Pull the strings behind the scenes." "Manipulation can devour or cultivate. Which shall you choose?"

Viv, God of Life, created the world of Tirien using seven basic elements: light, water, earth, air, heat, fire, and spirit. He then created three gods - Illusia, Enéra, and Imperion - each of whom he granted greater power over two elements, as well as the ability to create. To Illusia, he entrusted water and light. To Enéra, heat and air. To Imperion, he bestowed earth and fire. Thus empowered, each god created his or her own race, in whom Viv imbued the breath of life.

Illusia, Goddess of Wit and Illusion

Subtle, intelligent, and cunning, Illusia created the humans. Her racial gift enables humans to bend small amounts of light. As with all gifts, ability ranges widely. Some can bend finger-length illusory sparks of light, while others can bend enough to play part in the beautiful light displays showcased over Prismere Lake every week. Queen Sarsetta often employs a few lightsmiths (highly skilled professionals) to project her image from the keep while addressing the crowds. Some rare humans are so talented, they can hide in plain sight.

Enéra, Goddess of the Unseen

Enéra, compassionate and careful, created the elves, bestowing upon them the ability to detect spirits. While their gift is less tangible than other races, elves can feel any sentient's presence, and can supposedly even discern - sometimes see - spirits of the dead. Before Imperion betrayed Illusia, sending the races into isolationism, a sentient couldn't be pronounced dead unless proclaimed so by an elf. According to elf legend, General Embrenna was so gifted, he knew the exact location and identity of every warrior in his army, and could also discern enemy forces without looking.

Imperion, bold and mighty, created the dwarves, gifting them with the ability to form small amounts of earth. This gifting helps them to recognize various minerals in the earth they are working with, and yes, form seamless structures of rock. They have to build them little bits at a time, though, unless large numbers of them work together, which requires its own measure of skill. Talented formers often develop an affinity with one or two minerals and can detect veins to determine direction and depth.

To some who truly follow Illusia, she may grant the power of magic, if they so choose. Not all are suited for or strong in it, and those who are highly skilled at light-bending will notice that ability decrease if they choose to practice magic. However, their magical ability will often match or exceed their light-bending. Still, some choose not to learn. Enchanters (humans who practice magic) have power over all six elements. Only Viv can use spirit, the seventh element, though he does allow its transference, to a degree. None but Viv can breathe life into something once extinguished. Illusia's worshippers hold the maxim, "Study, cultivate, understand," taken from the proverb she gave us: "Study books, and knowledge will empower you; cultivate allies, and your power will blossom; understand your enemy, and the victory is nearly won." Three sects have risen according to these three principles, with many floating between them. As you can imagine, those who prize the principle "Study," are scholars. You can find many of them in Aurora Library here on Prismere, as our library boasts a great deal of gathered information. Those who prize the principle "Cultivate" are given more specifically to philosophy and psychology, believing this will further their ability to cultivate allies. Such who seek to "Understand" are often engaged in logical debates, or even puzzles, as they seek to hone their logic and strategy. Illusia encourages us to use our manipulative powers for good - to cultivate those around us to help achieve our goals.
You realize there's another pointed arch forming a doorway on the far side of the temple, colored light peeking through. You decide to see where it leads. Stepping over its temporary bridge, your eyes widen at the breathtaking stained-glass mural of Illusia to your right. So large, you have to crane your neck to see the top, its vibrant intricacy of color stops you a moment. White marble frames the glass. Her sculpture in the water fountain was majestic and serene, but this is pure beauty. The mural depicts her upper half. As in her sculpture, she holds one hand high, but it's open this time, a detailed swirl of light and water intertwining in a circle. Her other hand still cradles an open book, light spiraling upward from its pages. Instead of falling about her shoulders as it did on the statue, her long golden hair splays around her, as though suspended in water. Light gathers in a starred diadem across her brow. Mysterious, confident, exhilarated blue eyes seem to pierce through you. A smile plays across her lips as though she knows something you don't, yet still invites you to join her. A large rectangular pool lies in front of the stained-glass wall, reflected colors prancing on its rippling surface. The water is what caused the colors you saw through the temple door. You realize this depiction also faces the courtyard, if at an angle. Still, how could you have missed it? It rose above the fountain temple. You wonder what special array they might have for it at night. You consider returning at dusk to find out.
Return at dusk
Consult your map